I'm looking to move away from my Nikon DSLR kit and to focus more on my GX680III, GW690III and potentially a 4x5 camera in the near future. Having said that, I do get the occasional paid work (for the golf club I worked at throughout uni, nothing special!) that requires a digital workflow. As such, I'm looking to get a digital back in a Mamiya 645 mount (I plan on getting one at some point), that will be used primarily on the GX680 with an adapter. I've got the Phase One One Shot adapter for the 680 so I could use a Phase One back, otherwise a Leaf Aptus looks pretty compelling too.

I have a budget of around $3000, and am hoping that some of the experienced guys on here might have used a P25 (or similar) or a Leaf Aptus 22 (or similar) in the past, and can make some recommendations. Better still, if anyone has either of these and rents them out from time to time, I'd be very interested in renting for a weekend!

by Walter Glover
I'd favour a Leaf or Sinar back over a Phase One.

Not sure that you would need MF for the work you describe.

by jars121
Thanks for that Walter. My ideal back at this point in time would be the Aptus 22, but beggars can't be choosers I guess. The work I do with the golf club is primarily food (good with the GX680), table and room settings, as well as mock wedding and corporate meetings. I could do all of this with DSLR kit, but I would have to invest in or rent macro lenses etc, which I'm trying to avoid. I've emailed a couple of the large rental studios in Aus inquiring about any ex-rental/demo units they might have, but I doubt any of them will get back to me.

by smbooth
If your doing food I would be looking for something that had tilt to get front to back sharpness.

Quick update to this thread: I've been speaking with Brent from L&P, and he's scouting for a back (in my price range) for me, so the wheels are definitely in motion!

by jars121
Halfway through my second day on this shoot, using a P45+. I must say, these digital backs are quite finicky and the requirement for the 'wake up' cable on Phase One's is a real pain. As Walter suggested, I'll probably be looking at either Sinar or Leaf when I do buy one of these.

Having said that, it's been an interesting experience using my GX680III as a digital camera! 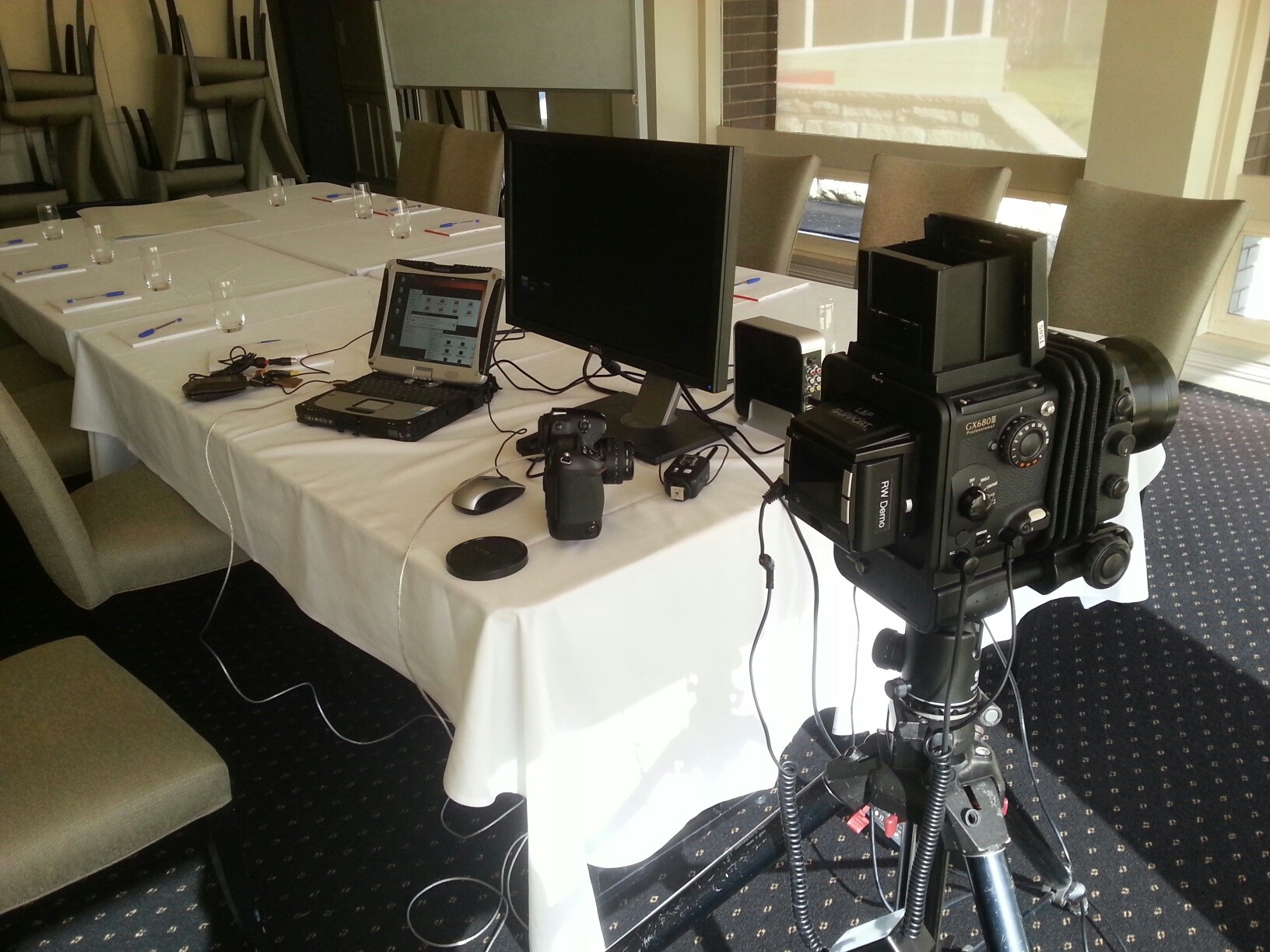 by jars121
I know this is a large format film forum, but this is the digital section

by Walter Glover
Have FUN and SUCCESS with it Jars!!

Will you be using it with Capture One?

by jars121
Thanks Walter!

I've got a few issues to sort out with the back before I can look into software. I haven't shot tethered with a P1 back before, I've only shot to CF card and then edited in PS, which worked fine. I will definitely look into Capture One though, from what I've read it's pretty good!

by Walter Glover
Maybe the CF Card and PS is all you really need.
All times are UTC+10:00
Page 1 of 2
Powered by phpBB® Forum Software © phpBB Limited
https://www.phpbb.com/