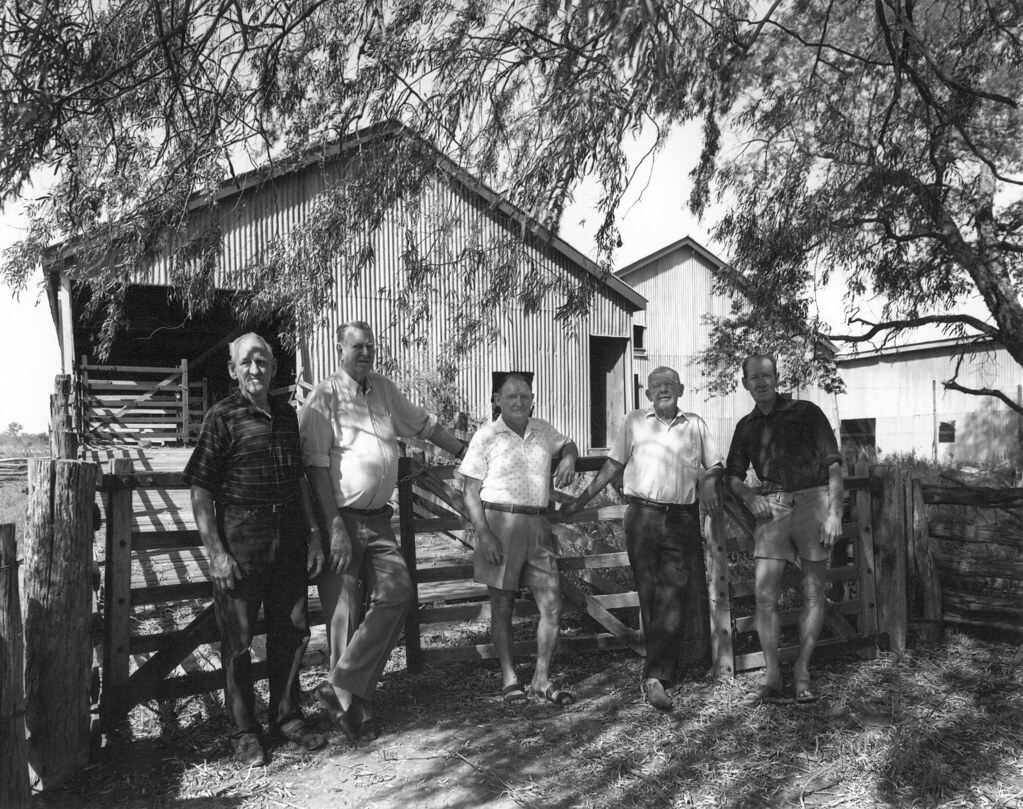 by Barry Kirsten
Beautiful image, Maris, and with lots of nostalgic interest for those who love rural life. It's vital that we document scenes like this as things are changing rapidly in the bush. I suppose though that it'll never be difficult to find a corrugated iron woolshed with peppercorn tree outside.

by Maris
Nostalgia Barry, definitely nostalgia. This photograph was taken some time ago and the oldest guys could remember the legendary Jackie Howe (321 sheep hand shorn in a day!) after Jackie had quit shearing and become a pub owner in Blackall. I wish I could have photographed the smell of the old shearing stand boards that were polished by the lanolin of the million or so sheep that had been dragged over them.

by Aussie
Nice image and the B & W setting makes it look so much more in all ways.
Recently I spoke to an old shearer and we talked about the Museum in Hay for Shearers.
To say he was a little upset as it showed no one from WA in there.
SO I think he has a point but all in all it is still worth while a visit if you are going that way.

by alexgard
That's an excellent environmental portrait, Maris. These guys are the unsung heroes of Australian workers and you'd be hard pressed to find any harder workers in the country.
All times are UTC+10:00
Page 1 of 1
Powered by phpBB® Forum Software © phpBB Limited
https://www.phpbb.com/