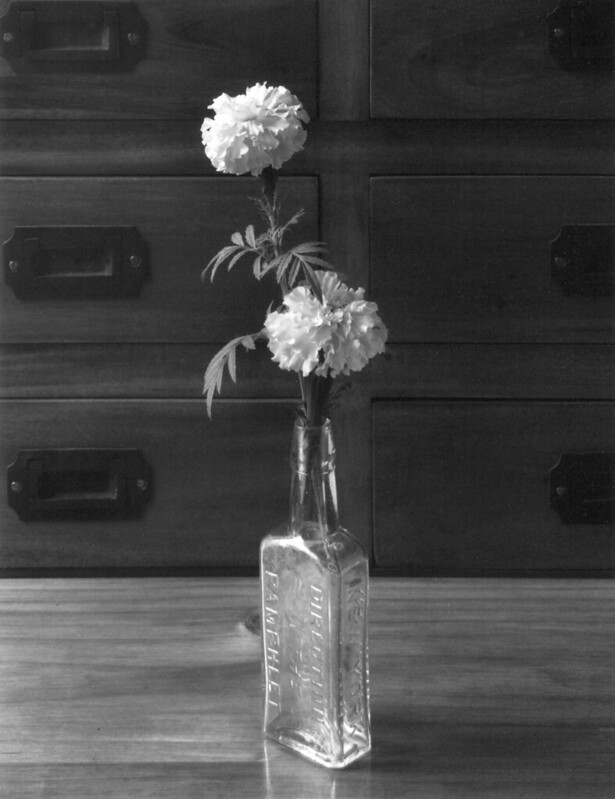 I found the Tricopherous bottle in the broad treeless valley between the Etheridge Range and Mount Northcote in Australia's Snowy Mountains. Tricopherous is a 19th century hair tonic intended to reverse advancing baldness. It consists of 97% alcohol, 1.5% castor oil, 1% cantharadins (Spanish fly!), and a whiff of fragrance. One wonders which of these ingredients prompted consumption in the high and lonely spot where the bottle was discarded maybe a century ago.
Top

Re: Marigolds in Tricopherous Bottle

Re: Marigolds in Tricopherous Bottle

I like the elegance of this image where the flowers somehow gain increased presence from the contrasting structural elements of the drawers.

I imagine the silver print would be quite luminous and rewarding to view with perhaps a 3D quality created by the light and careful position of the old bottle.

In a world that is increasingly bombarded with digital photographic noise, this quietly reflective "simple" image is a refreshing change.
Top
Post Reply
3 posts • Page 1 of 1