This belonged to a close friend, he rather foolishly decided he needed a restoration project, he chose to restore this bike. It is the first model of what was eventually three versions of this bike

I bought one brand new in 1975, the version after this bike. I no longer own it, but the second and current owner, another good friend, has it fully restored in his lounge room; it has around 500,000 k/m on the odometer. 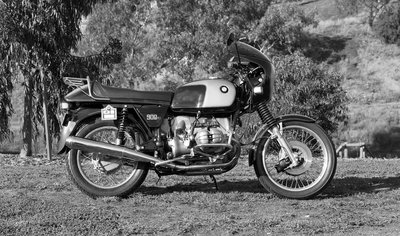