by Alastair Moore
Hey all,

After only 4 months, my boxes I shipped over from the UK when I decided to come back here arrive tomorrow so I will have my camera again. I'm very excited, it's been quite a while! Means I get to capture some parts of the Northern Territory that I've been keeping a close eye on for photographic opportunities. Also means I'll be pestering you all for tips as I'm probably a bit rusty with my camera. Good photographic times ahead, with a bit of luck!

Have you seen much that you will shoot? Have you been out from Darwin much?

Looking forward to reading what you get up to...

by Alastair Moore
Yeah, there's bags of places to shoot around here. Obvious locations being the likes of Litchfield and Kakadu but there's parts of Darwin just out of the city where there's mangroves and coastal spaces that look beautiful in the evening. Fairly well spoiled around here and thankfully it's all fairly close to hand.

by Alastair Moore
So my boxes weren't delivered today after all. While a day isn't anything, it's still annoying particularly if I was a day late making the payment to them then I'd get a fee. I'll get my camera tomorrow, all being well. But I shall be emailing them asking how they will be compensating me for a lost day's holiday. Bastards.

by Alastair Moore
It's all arrived! My weekend will be a busy one. 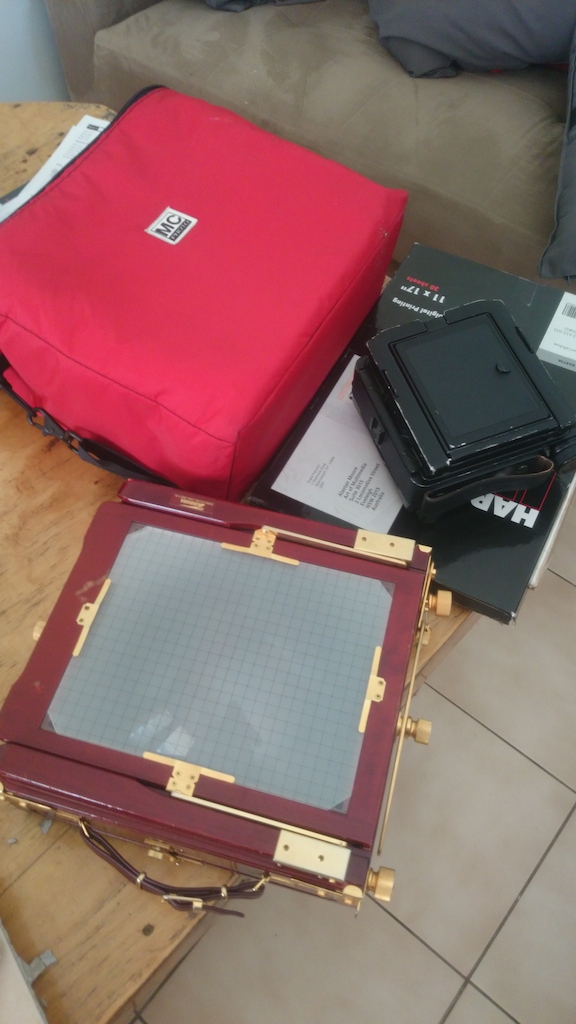 by Maris
Good luck with that 20C water. I reckon that's too cold for efficient film processing and there's no technical justification for it. It's just a historic hangover from European style tap water. Running a full processing cycle, including archival washing, uses a lot of water and if it's all the same cheap out-of-the-tap stuff then film won't get thermally "shocked" and possibly reticulate.

Alastair, I've done photographic processing in northern Australia and summer temperatures can be appalling. First, tell me you have an airconditioned darkroom. Second, start dazzling us with your new photographs!

by Alastair Moore
Worse than not having an air conditioned darkroom, I don't currently have a darkroom or access to one. The Darwin camera club I went to the other day used to have one but as they've all gone over to working with digital, it's been dismantled. My negatives are being developed in my modified Paterson Orbital, which I've managed to get the best and most consistent negatives out of. I'm going to find a table to stick in the bathroom to start thinking about some contact printing as there's no way I'd fit an enlarger plus everything else needed in it. So that's how I'll be working for the foreseeable future until I get a bit more space!

Maris wrote:Good luck with that 20C water. I reckon that's too cold for efficient film processing and there's no technical justification for it. It's just a historic hangover from European style tap water. Running a full processing cycle, including archival washing, uses a lot of water and if it's all the same cheap out-of-the-tap stuff then film won't get thermally "shocked" and possibly reticulate.

I agree. I use 20C for convenience during the cooler half of the year, but aim for a higher temperature (and faster time) when it is hot. 20C is convenient because that's what all the published data uses although it's not hard to recalculate for higher temperatures. In summer time I aim for 25C development. Once the film has been developed, a few degrees in difference in the washing etc has never caused any reticulation problems for me, but I wouldn't want to push my luck too far.

As for an airconditioned darkroom, that's not a luxury that I have. Film development can happen any time but I have to delay my printing until the next cool change blows through. My "grand plan" is to have a proper dedicated (airconditioned) darkroom in our next house