I quoted what I found characteristically abrasive and unpleasant. The rest is benign, but I don't see the need in a small community of like-minded strangers that there is justification for being rude and discourteous.
Walter Glover

There is always bound to be lots that you find abrasive and unpleasant. There is also invariably a door through which you can go seek Nirvana elsewhere if it is all so bothersome.
Top

Lachlan717 wrote:If opinion is so cheap, then I'd prefer to get my own and carry a much bigger camera than your opinion professes me able.

Yea verily, a healthy person could carry my sub 5kg 7x17 Korona for many years to many places. You walk a dangerous path when you judge others' physical ability by you own limitations. But, yea verily, pontification dressed as omphaloskepsis is far easier than presenting fact.

Wrangling an 8x10 camera in the studio is a breeze. You put it on a nice studio stand and push it across the floor space, up, down, and around with little more than finger pressure. Out in the bush things get rather more severe. After a few decades of observation and experience I end up with a limited range of conclusions.

SinarP2s are field usable but they are not ideal. I've watched a guy get too tired to photograph after lugging one around all day. My mate Doug Spoward used to divide up his P2 kit on walking expeditions. He carries the camera. Someone else carries the tripod and lenses. A third person lugs the film holders etc. This is a good system in terms of picture productivity but you need team support.

I've never seen a Horseman LX810 in the field but I've often carried the Plaubel equivalent, a Profia 810 studio monorail, on all-day walks. It can be done but it hurts. Now I carry Tachiharas which get me further for the same pain.

Once, out on the trail, I met a woman carrying a 8x10 outfit in a huge Lowepro Super Trekker AW2 backpack. The gear came to near half her body weight. I caught up with her later and she told me she had hurt her back; surprise, surprise. Personal experience and observation confirms again and again there is a real risk of physical injury in carrying large format cameras in rugged terrain. Julian Pearce, a big, strong, young man who carried a 11x14 kit around Girraween National Park told me his main main fears weren't about exposure and focus. He was worried about falling under the weight of gear and breaking a leg on uneven ground.

A point often overlooked in forum debates about the weights of large format cameras is that the total outfit comes to much more than the camera. I carry about 25 kg including the tripod but if I left the camera out the load would still come to 20kg. For formats bigger than 8x10 total loads can accumulate to challenging levels. But, yea verily, there are exceptional and heroic people out there who can do even this.

I've tracked my own physical limitations and watched other people succeed and fail with the muscular challenges of large format work. Over the last thirty years or so all of my co-workers who dabbled in the 8x10 format now use something smaller. In these parts I remain the last dinosaur with an 8x10 bag on my back. Maybe that's because I give myself strong reasons (delusions?) to persist; like the first post in this thread.
Top 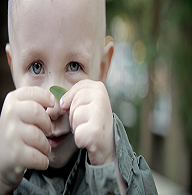 Guys have you any link about professional photography ???
Last edited by John on 24 Mar 2014, 18:02, edited 1 time in total.
The best way to find yourself is to lose yourself in the service of others.
Top

John wrote:Guys have you any link about professional photography ???

Is this a reply or a totally new question?
Ray

I think it was more of a advert than a question.
Cheers