by Alastair Moore
I'm looking for your advice on this recent issue I've been experiencing. I've developed four negatives and done a very rough scan, as you can see. Initially thinking it was vignetting and then perhaps a development issue, I'm wondering if it's something entirely different.

The second image is clearly vignetting at the top, the last image possibly has some light leak but they all seem to have this similar vignetting/ghosting in the corners and to be honest, I haven't a clue what it is. Any help would be very much appreciated! 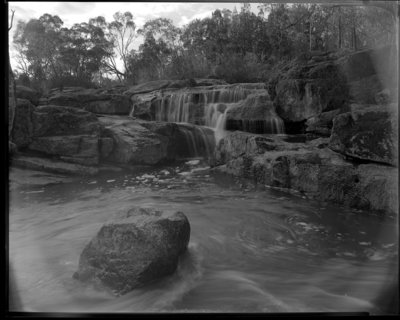 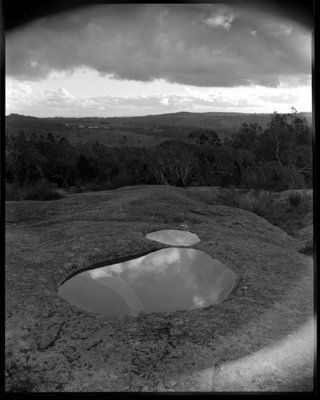 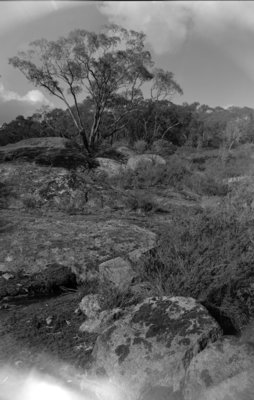 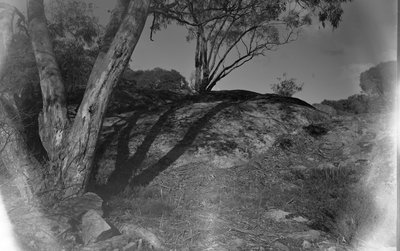 Any details on the images? Lens, filters, format etc?

At a glance, top two look vignetted, while bottom 2 look like light ingress.

8x10 with my Fuji W 210mm lens. No filters. I posted up the same question on facebook and was given a few things to check - if the lens was mounted correctly, which I can confirm it is, and also to check my developing tank - I did that and it seemed to be fine. I'm going to develop a single sheet of unexposed film this weekend and see if perhaps the box of film has managed to get some light into it (hopefully not though).

It's quite frustrating and at the moment it's proving a bit difficult to nail exactly what the cause it. I'm shooting with new film and developing with new develop and a new lens but my developing process hasn't changed a bit, I'd be surprised if the lens is at fault but I guess it could be. I'm going to shoot a sheet of film with my Fuji 300mm, which I know to be good, and see if I can replicate the issue (or hopefully not).

by Barry Kirsten
It looks like a developing issue to me. Have you tried tray development?

by Lachlan717
Have you been really, really careful pulling the dark slide?

With bigger slides, it is very easy to pull the holder from the back, albeit slightly, and have light get in.

by Alastair Moore
So I developed two unexposed sheets to see if I could replicate the problem. The good news is the lens appears not to be at fault (thankfully!). The bad news is the same vignetting is occurring on unexposed film from the current box and a new box of film.

I guess that leaves either my Paterson Orbital at fault, my film change tent or both boxes of film are knackered, although they both don't expire until middle of next year. I'm trying to remember if I took both boxes of film with me to Beechworth and so wonder if the xray machine at the airport might have zapped them. I did take them on the aircraft in my carry-on bag and so I'd like to think they'd be alright.

This really has me stumped. I think I'd like to try two things, firstly a different film entirely and secondly a different developing method. I might pop down to one of the local darkrooms and develop a couple of sheets. I'm kind of hoping the film is at fault because while it'll be almost $200 down the tube, at least everything else is fine. I got to a stage back up in Darwin where my negatives were coming out great and I had everything in place.

by Alastair Moore
So it occurred to me I had a second Paterson Orbital that I bought as a spare. Put an unexposed sheet of film in that one, developed it, same circular artefacts came up on the negative. I think it's fair to say I've got two boxes of film that somehow are knackered.

Could it be the xray machine from when I went to Beechworth? Possibly but I don't recall if I took both boxes of film or just the one. The other option is my film change tent has light leak but the marks seem a bit too consistent/uniform for light leak. I'm going to say the film is buggered.

by Lachlan717
Try one from the middle of the pack?

by Alastair Moore
It's all pretty much knackered. I honestly don't think the xray machine would have caused this so I suspect the boxes of film were at fault before I bought them. I'm not really sure what to do. I've got a box and a half of film that is useless. I'm not going to accuse the seller of selling me dodgy film intentionally but there's nothing I've done that would have caused it to be as it is. I wonder what, if any, guarantee Ilford has on their film. None I suppose, as I guess they can't be held responsible for how people handle their film. I think I shall just have to take it on the chin and buy some more.

by Alastair Moore
I spoke with the guy I bought the film from and he was disappointed to hear about my experiences. He's suggested I get in touch with Ilford, so have sent them an email, and I think he's possibly going to speak to CR Kennedy who he bought the film from. I'm hoping one way or another I'll get some replacement boxes of film because as far as I'm concerned, I've done everything to check if the fault is mine but as far as I'm concerned, all the tests have proven the boxes of film are at fault and not my processes.

Watch this space for updates!
All times are UTC+10:00
Page 1 of 2
Powered by phpBB® Forum Software © phpBB Limited
https://www.phpbb.com/