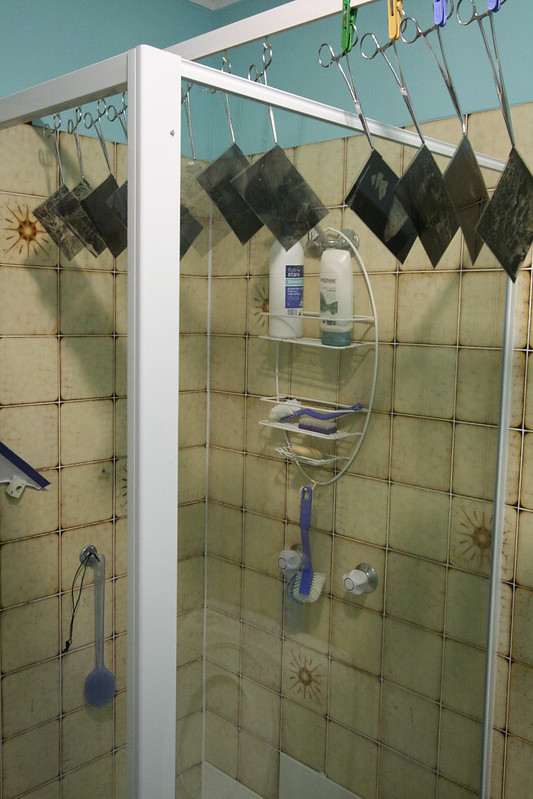 Doesn't every one hang wet negatives in a bathroom? Note the surgical forceps. They never let go even if they grab as little as 1 millimetre of the negative corner.
Top

Great idea Maris ! I used to have some great little pegs which had precise grip and never let go. I sold them (foolish me) with some darkroom gear many years ago and haven't been able to find replacements anywhere near as good. I have a couple of pairs of artery forceps (I'm a retired nurse) and never thought of using them. I will get some more. Thanks for the tip.
Top

A quick search of eBay turned these up:

It should be possible to find even cheaper ones, maybe even cheaper plastic which are often used in surgery or ER as disposable items.
Top

Pegs work well if you grind the angled ends off, leaving the front 2 pieces touching.
Top

I use the good old Kodak Dental Clips. Minimal point of contacts and none have ever let go the grip on the sodden rascals in their charge.
Walter Glover

I was gifted a couple of these Paterson film clips: 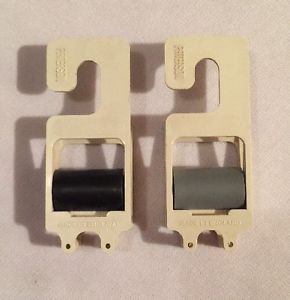 when I first started shooting large format. I've since managed to bag a few more but always on the look out for even more. I really like them.
Large Format Photography Australia | My flickr
Top

That is a very good use of forceps, I have some somewhere, as well as surgical scissors that almost look the same, never thought to use them but I'm now thinking.

I bought eight pair of Kaiser film drying clips in Germany about 32-33 years ago, they have been in constant use since and are wonderful. I also have about 30-40 pairs of Kodak and other stainless film drying clips, half weighted, half unweighted, which were what I mainly used when I was developing squillions of rolls of film in the seventies. 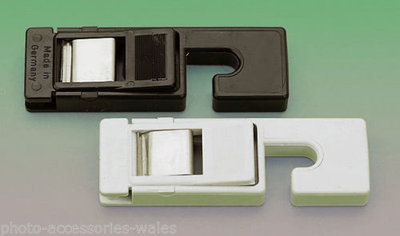 Walter's full of good ideas... talking to him on Saturday he showed me his dental mirror - invaluable for making LF lens settings. Why have I never thought of that?
Top
Post Reply
8 posts • Page 1 of 1