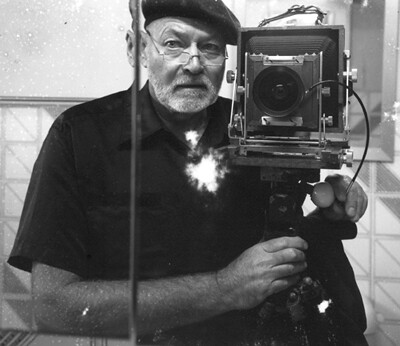 The Zone VI camera had been accidentally broken into several pieces by falling with its tripod on hard ground. The then owner abandoned the wreck and a big collection of loaded film holders. I rebuilt the camera and tested its integrity by taking a mirror portrait. The abandoned film had been loaded into the holders 11 years previously and was badly decayed from age and garage storage. The several flaws show as white spots in the final photograph.
Top

Re: Mirror Portrait with Camera