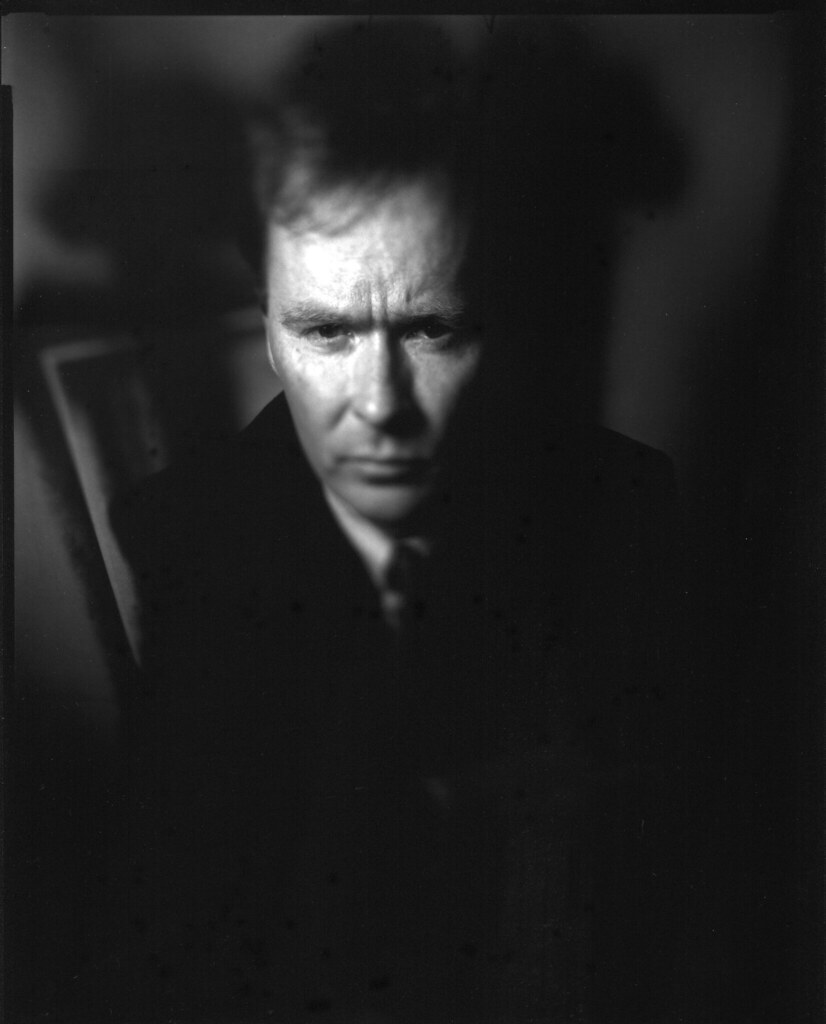 At the time Doug Hall was Director of the Queensland Art Gallery and I was acting director of Imagery Gallery ... while the boss was away. Doug dropped in to check out an exhibition and got photographed for his trouble. I put an axis tilt on the front of the camera to leave only the eyes sharp. Little did I realise that this effect would become a cliché within two decades.

by Walter Glover
Maris,
Things often become cliché because they work ..... and keep on working. Regardless, it is always commendable to be a pioneer even if it gets to be devalued to 'trendsetter'.
On the subject of trendsetters, as an avidly obsessed 16 year old heading through the city on the daily pilgrimage to work I used to gaze in a specialty book shop and the guy let me buy books on Lay-By (yes ..... that long ago) and the first two were: "Cowboy Kate and other stories" by Sam Haskins and "Nothing Personal" by Richard Avedon. There began a life-long interest in both men.
Later I followed a blog from Earl Steinbecker who'd been Avedon's assistant from the 50s who revealed that 'Dickie' did all his 10x8 portraiture with just one lens ...... a 360mm. I also worked with an advertising GP snapper who did all his 5x4 product shots with a Congo 300mm. So, in short, your lens selection was nothing out of the ordinary to me.
I think you have captured a very intriguing portrait of 'a man and his tools at work' here. His tools being his eyes and his erudition.
All times are UTC+10:00
Page 1 of 1
Powered by phpBB® Forum Software © phpBB Limited
https://www.phpbb.com/