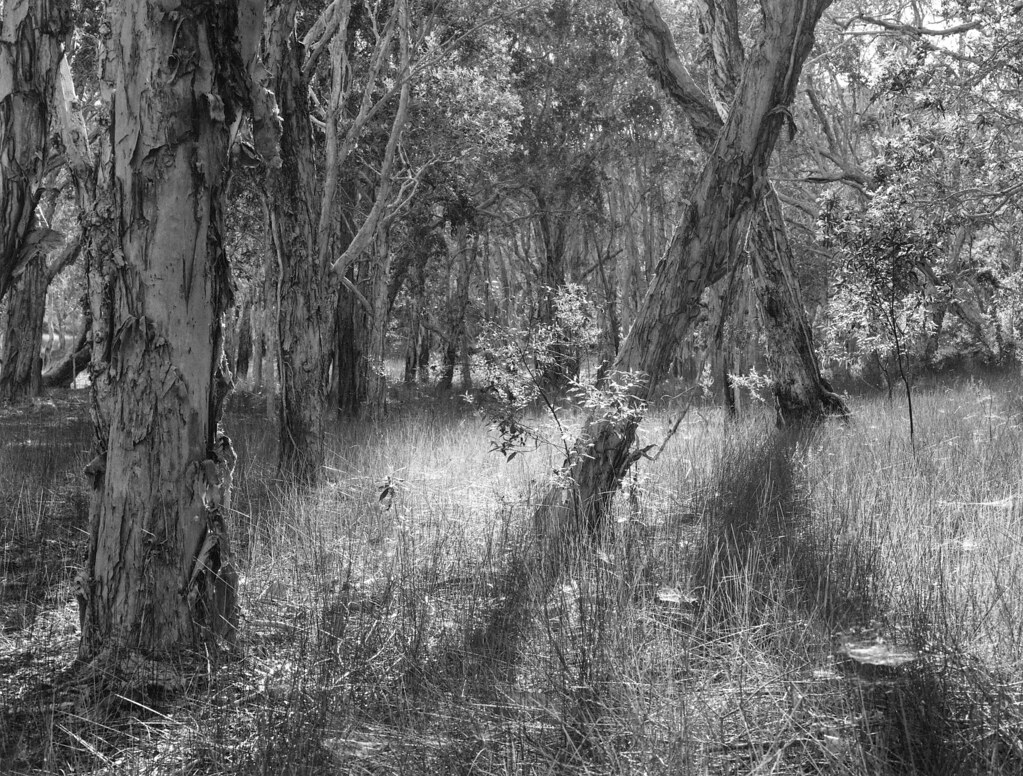 I get sandfly and midgie itches looking at the, Maris. It is preternatural to the nth degree.
Walter Glover

Walter, you are not wrong. The area is the bottom of an ephemeral lake, under water for a year and then dry for the next five. During the "wet" the flying blood-suckers are merciless. In the "dry" the fine detail and luminosity make it a sweet place to carry a large format camera.
Top

Thanks Maris. And may 2017 present you with a huge array of picture opportunities ...... and will it allow me to finally get unpacked and be able to process and present new work again.

Really like this, so many printers would print it with higher contrast and lose all hose subtle details.
Cheers

smbooth wrote:Really like this, so many printers would print it with higher contrast and lose all hose subtle details.

I would have done this until I was taught different by my friend Graeme "Sparky" Parkes. Grame was a newspaper photographer who had worked for Murdoch, Packer, and Fairfax. This was in the days of hot metal typesetting. Over the years Graeme must have made a couple of million gelatin-silvers to send down to the platemakers for screening and etching. The platemakers insisted that they couldn't handle contrasty pictures. Everything had to be highly detailed but "flat". Making the printing plates would inevitably put all the contrast back in.

When Graeme retired he realized he didn't have a single picture to his name. The newspaper proprietors owned everything. So Graeme became an amateur photographer working in large format. After some months he asked me to his studio and showed me scores of shockingly flat low contrast black and whites of overcast landscapes. The shock eventually wore off and I realised that many of his pictures were actually very beautiful. A photograph didn't have to crackle with macro and micro contrast to be good. The ruling principle was to bias the final photograph in the direction the subject matter wanted to go: dark scenes, dark photographs; luminous scenes, luminous photographs; and so on. The photograph does not "correct" subject matter, it is guided by it.
Top

Oh Maris, you have brought memories of flat press prints flooding back. All made worse by the use of Kodabromide.

It wasn't just the print end of things either. As a lad starting out in commercial studios I recall the regular visits by the Kodak rep, Darbey Price who would have nothing of densitometers, his rule of thumb was that you had to be able to read the newspaper through even the densest parts of a negative laid on a benchtop (not a light box) to determine the perfect negative.

Fortunately the proprietor of the studio I was working as a runner in and his 'Printer' would have none of that and the studio exclusively used a German paper called Leonar which was lush and richly toned. My personal preference was Gevaert which soon became a part of Agfa. Their Portriga Rapid and Record Rapid were just stunning creamy chloro-bromides in a strange range of contrast grades that rendered prints that simply sang like Pavarotti. The first bit of rot to drift in was the advent of Ilfobrom when they changed from yellow to white packaging. And, of course, the herald of the end that was to come was first the introduction of variable contrast and then the wretched Resin Coated. Ilford was entirely obsessed with volume throughput for the likes of newspapers and the 'Bromide Service' labs. But, out of the blue, they expanded their vision (no pun intended, when they came out with graded Galerie.

In the 1990s Kodak engaged me to produce sample prints off my own shots on what might have been the very best paper I ever used. It was a silver rich graded paper to replace their classic portrait paper, the name of which I can't recall. It was fibre based and a tad heavier than double weight and prints were delicious enough to eat. Sadly, it never saw the light of day on the market — not even in the Excited States were it was aimed.
Walter Glover

Searching with my mate Google resulted in finding this which is quaint, if not entirely edifying: http://www.shutterbug.com/content/getti ... yM4KpZj.97
Walter Glover

"Photography was not a bastard left by science on the doorstep of art, but a legitimate child of the Western pictorial tradition." —Robert Galassi
Top
Post Reply
8 posts • Page 1 of 1