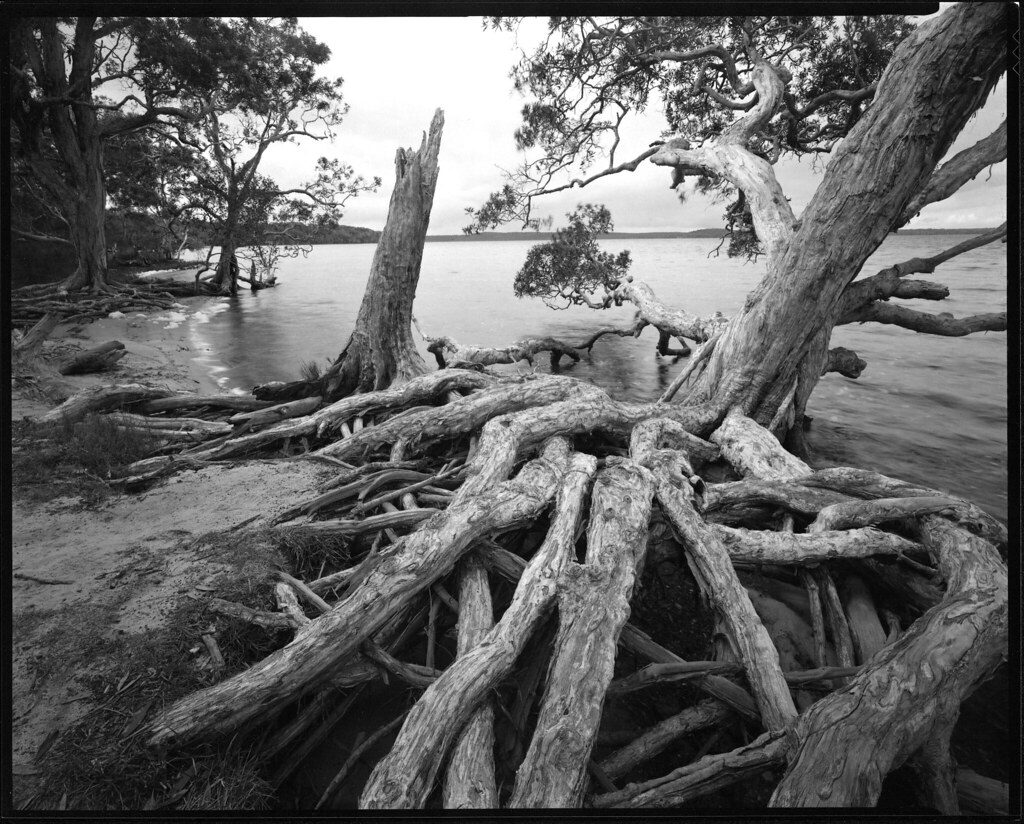 Shoreline, Lake Weyba
Gelatin-silver photograph on Agfa Classic MCC 111VC FB photographic paper, image area 19.6cm X 24.7cm, from a 8x10 Tri-X negative exposed in a Tachihara 810HD triple extension field view camera fitted with a 121mm f8 Schneider Super Angulon lens.
The big tree on the right, the one with the massive root system, has become known as the "Sentinel Tree". The lake continues to erode the tree's base and it is fated to fall. The locals may attempt to save the Sentinel by building a protective embankment. But should they?
Top

NOTHING that is an evolving, living organism (including the planet) can be totally controlled by human intervention. Not even our own brief lives. Once upon a time this tree was admired as a sapling. Now its appeal and aesthetic to something totally different. What right do the people of the present have to curtail tose changes and deny the people of the future the beauty of the next stage of the trees earthly journey.

I had a magnificent book by Kenro Izu of very large format platinum/palladium prints of flowers wilting and decaying. The robust and plump bloom of youth so apparent in fresh cut flowers was not Izu's motif, but rather he chose to venerate the yielding, vascular and sinuous reality of maturity and beyong. He said he was strongly responding to Zen influences.

For me, barricading the tree to temporarily shield it from the inevitable is akin to silicone implants and botox falsifying the apparent staus of youth and vitality. 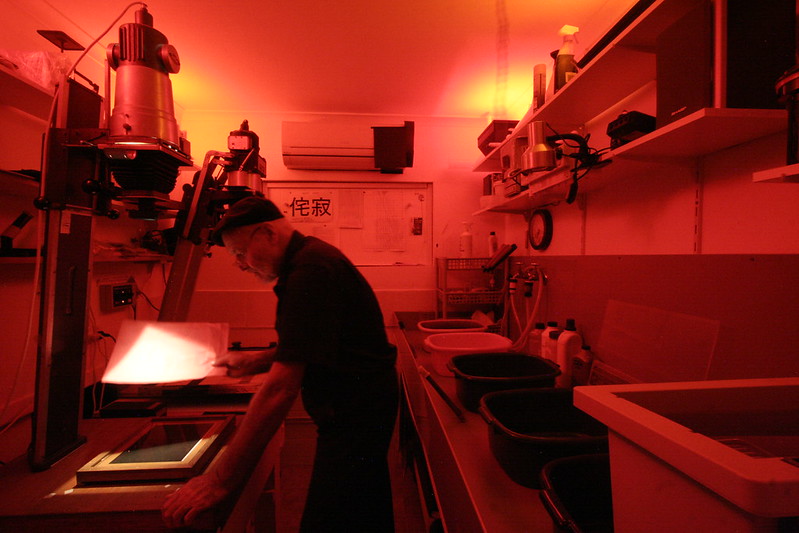 Darkroom Work Using a 8x10 Contact Frame.
Walter, I do so agree with you about the Sentinel Tree and other things.
The Japanese characters on the far wall translate as Wabi Sabi: "Nothing is perfect. Nothing is finished. Nothing lasts forever."
Top

What fun would it be if that were not the case? Stagnation is not a very desirable attribute in my book.
Walter Glover

"Photography was not a bastard left by science on the doorstep of art, but a legitimate child of the Western pictorial tradition." —Robert Galassi
Top
Post Reply
4 posts • Page 1 of 1