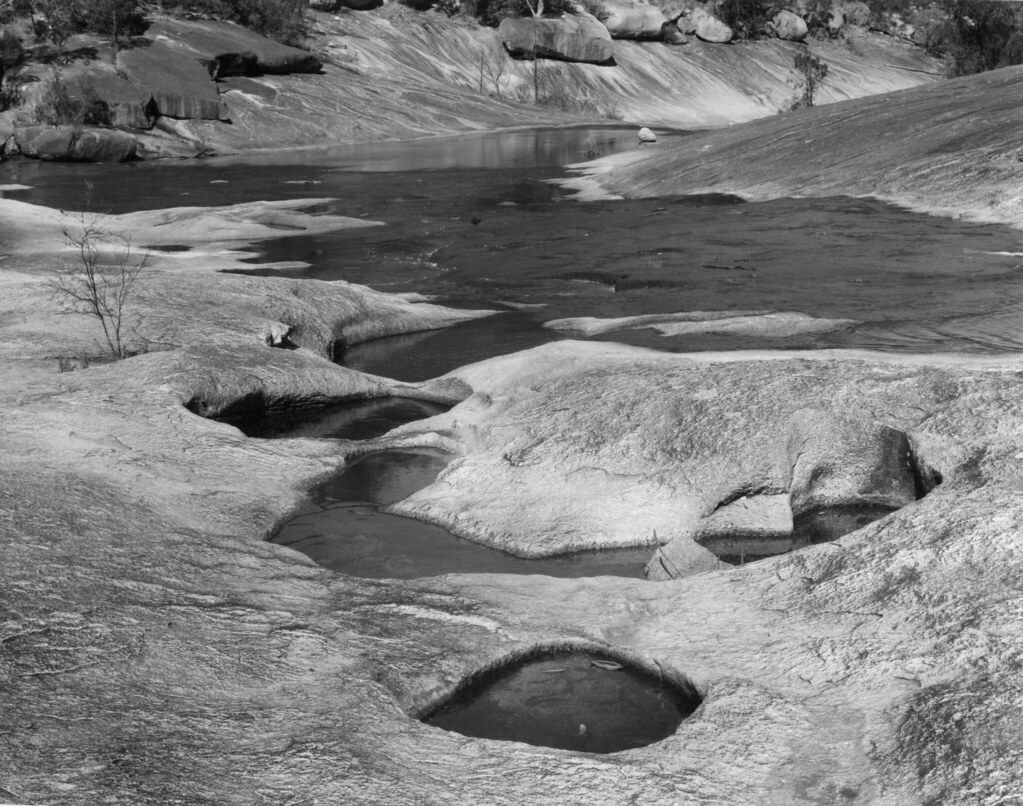 Two unequal streams meet in a placid confluence. But the polished granite and the eroded potholes hint at the power of the grand floods that come through occasionally.
Top

Very nice Maris, "Placid Confluence", you do have a way with words.

That image looks very familiar to me, I last visited that park in 1984, but being on a motorcycle I was running a 35mm Nikon. I'm almost certain I have a slide of that from what could be an almost identical position. I would have used my 35mm lens.

Thanks Mick. Way with words? I had the dubious privilege of going to school, grade one day one, without a word of English. Became reasonably articulate, for a five year old, in about a fortnight but learned mostly from books rather than playground banter. Same personality type inclines toward large format photography rather than happy snaps, I guess.

You, me, and maybe a hundred others have stood in that spot, camera in hand, and made the best picture we could. I went back a couple of years later with an 8x10; not enough water, too scruffy, didn't shoot.
Top

Ah, I see, so you are probably an autodidact with regard to your wordsmith capabilities. Good on you.

My wife came from Germany and while her spoken English was quite good, her vocabulary was quite limited. However, over time her vocabulary grew and grew, to the point that it is now immense. The only issue she sometimes has is pronunciation, she is often only familiar with a word in her head. Occasionally I may say something that is not an everyday word, one that she has either never heard or spoken. Or, I pronounce it in a manner she had no idea it sounded like that.

Then we may have a quite interesting digression from whatever we were talking about, with discussion about the new word and its various uses and pronunciations around the English speaking world. As for the original discussion, usually forgotten.

For me, somehow the burnished rocks take on reminiscence of your ubiquitous reclining nudes lolling. about in the sundrenched hinterland.
Walter Glover