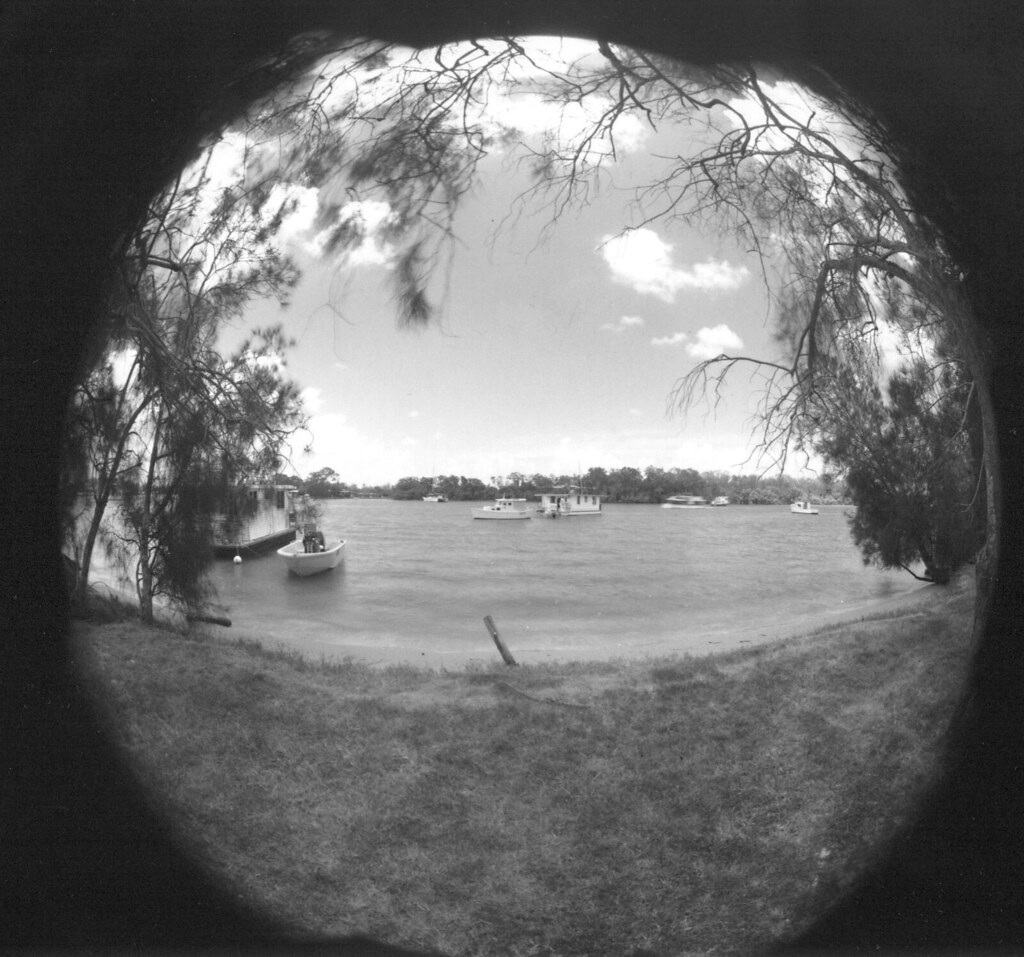 If you have ever wondered whether the huge 37mm fisheye lens for the Mamiya RB67 system covers 4x5 now you know: well short even of the 4" dimension. More of these strange pictures to follow.
Top

Quite interesting. I have never seen that lens, so I don't know how large it is, but if it is anything like other lenses in the RB range, it certainly wouldn't be light or small.

Doesn't appear to be much falloff either, quite remarkable.

I can vouch for the amazing image quality on the Mamiya=Sekor
fisheye. I had the version for the RZ. A mate did a radio broadcast from the first untethered flight of the Bond airship over Sydney in about 1986 and swung me the junket as long as I made some shots available to 2-Day FM. I flogged as shot taken floating abovve Vauclus to Eastern Suburbs Newspapers who were inundated with purcase enquiries from residents in the shot who could cleary make out their properties, right down to kids' toys identifiable in back yards. i guess the mirror pre-release on the side of the barrel made exposure after focussing an easy matter.
Walter Glover