by Walter Glover
In over 60 years of photography this was the first and only time I ever knowingly set my tripod in the tripod foot holes of an earlier photographer. It was not my purpose to replicate the cropping and framing of my venerable peer Frederick Henry Evans but instead using, the technology at hand as Mr. Evans did, chose to utilise the benefits of the Super-Symmar XL 110mm to set his motif. in the context of the enveloping grandeur of Early English Gothic architecture. Had such an objective been available in 1903 might he have put it to the task also? 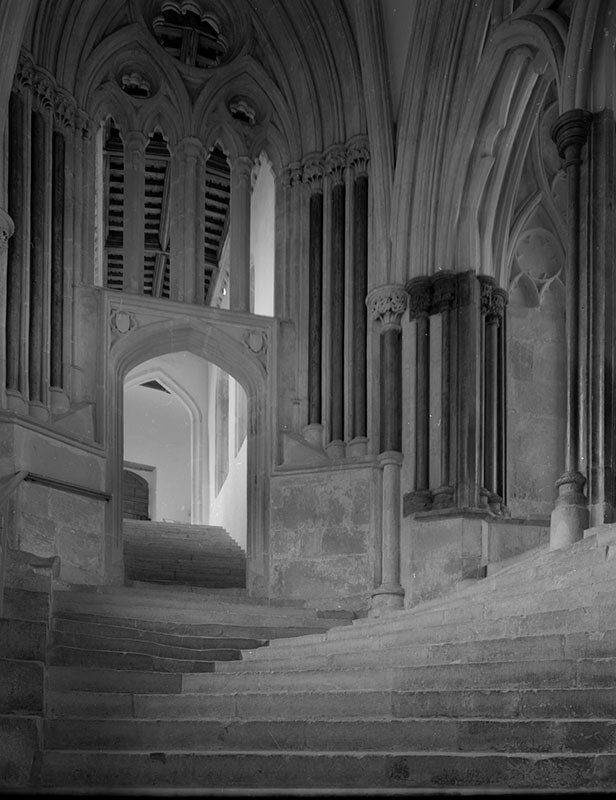 by Mick Fagan
I suppose the steps were welling up, when you tripped the shutter?

Always hard to follow something as well known as this photograph is and not feel as though you are doing a cliché of it. The Cazneaux tree in Australia springs to mind. That said, the fact that your version encompasses the overhead structure, is refreshing.

by Walter Glover
Hi Mick,
From the off this was always an homage to this work by a mam I greatly admire and respect so, cliché it may well be in some eyes - I guess that like beauty that might be in the eyes of the. beholder - but wwhat I do know is that it is neither plagiarism nor infringement of intellectual property. Frederick H. Evans returned many times to shoot this motif seeking what it was that he wished to convey and that included shooting with a wider objective from even further down the stairs.

by Mick Fagan
Walter, in no shape or form, did I wish to convey you may have been infringing on the 1903 photograph. I was in fact interested in the image you chose to show by utilising the objective that you selected, in order to show your version of the scene.

As mentioned, it is to me, a refreshing view.

by Walter Glover
sorry Mick, not for a moment did I think that you were insinuating anything negative at all. As a bloke who lived off Limited Regional Use Rights of material I producedI I was just using the opportunity to address the issue of any of us who could be victimsof misappropriation of our work.
No offence intended.

by Maris
Walter, what an evocative homage to a classic photograph. It provoked me to spend an internet half an hour flipping between the Evans' and Glover versions. You know what, the stairs have been done up and straightened. In Evans' day they look like an extreme tripping hazard. At least if you stumbled, fell, and died it would have been under God's supervision.

by Walter Glover
Did you notice?
At the top of the central cluster of polished columns in the original version above there is a black gauze draped across the capitals, presumably as a preventative measure against birds. In this version I have been able to 'see' through the gauze and reveal the floral carving. Sure, some fanatical retouchers might do a more airbrushed looking job of it, but this'll have to do. 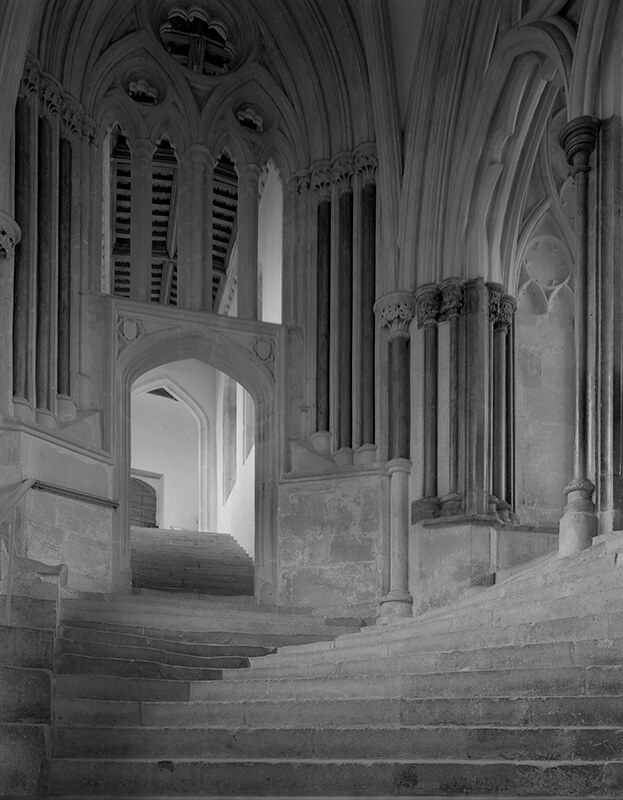