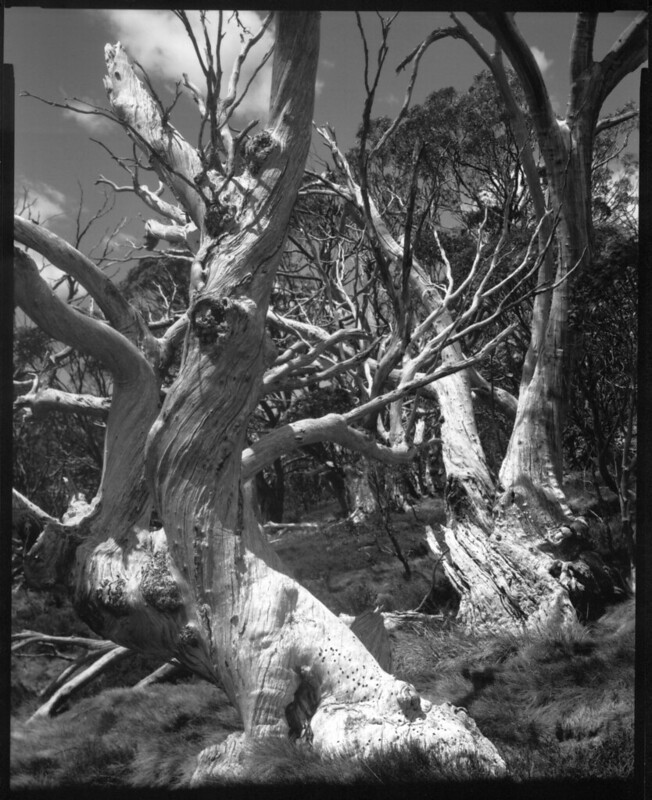 by Mick Fagan
Beautiful contrast control, the major cloud is perfectly placed, certainly lifts the whole image. The texture of the grass is great, contact printing really is something else.

by Maris
Thanks Bazz8 and Mick Fagan. A mature Snow Gum grove looks like it has been art-directed. Actually the trees, given a couple of centuries, try to space themselves out for optimum growth under severe climatic conditions. Some flourish, some die. The lazy photographer has merely to wander about until the trees line up fetchingly, mark the spot, and go and get a view camera.
All times are UTC+10:00
Page 1 of 1
Powered by phpBB® Forum Software © phpBB Limited
https://www.phpbb.com/