by Mick Fagan
Took this on Saturday in the cool of the morning, actually, mid morning after a breakfast in the bakery café opposite.

The camper was parked right in front of the Courthouse and as we walked back over the road, I spied the building then decided to have a crack at it. I was caught between the 65mm with oodles of spare negative, or a very tight fit with a 90mm; chose the 90mm.

As the lighting was cloudy to cloudy bright, the colours of the facade were rather muted. I opted for an orange filter to lighten the brickwork and make the render and other stuff stand out a bit; that was the theory.

I have included a mobile phone picture taken moments after I had put the camera away, just when the sun started to break through which kicked the contrast through the roof. I am pretty pleased with the effect the orange filter had on the brick work, I didn't think it would lighten them that much. 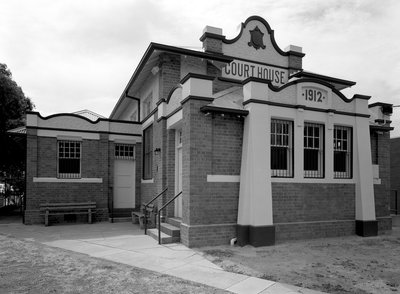 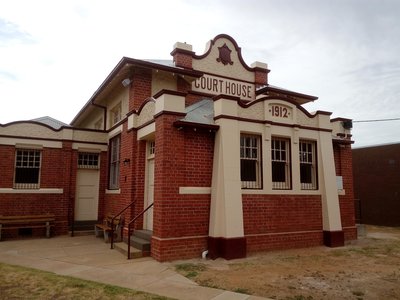