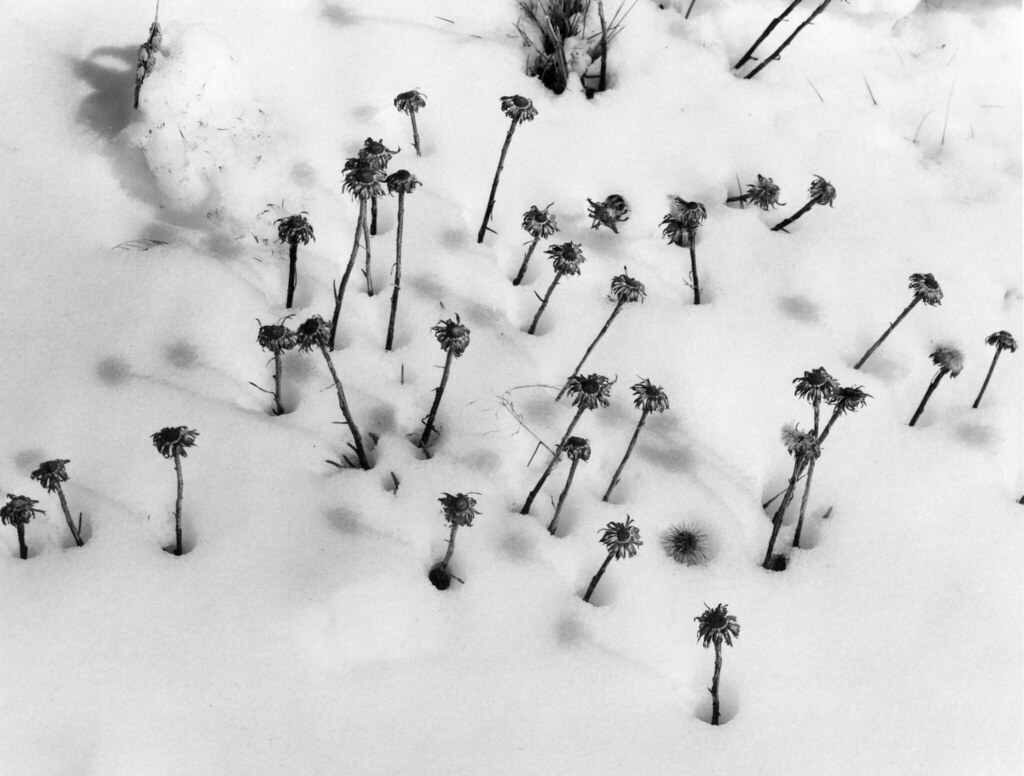 by RoganJosh
Wow this is great Maris. It looks like a simple scene but I imagine finding the best composition would've been quite hard.

by Walter Glover
Delightfully Callahan-esque. Thanks for prodding the thought, Maris.

by Maris
Thanks RoganJosh and Walter Glover. Finding these compositions is hard but not as hard as getting to them and setting up a camera. Off piste snow is treacherous, sometimes unexpectedly waist deep and sometimes dead slippery with ice. I have nightmare visions of falling on my back like an overturned beetle and having to crawl out of the snowy divot.
Yes, it's Harry Callahan Leaves in Snow all over again. Once you've seen Callahan's snow pictures you can't un-see them.
All times are UTC+10:00
Page 1 of 1
Powered by phpBB® Forum Software © phpBB Limited
https://www.phpbb.com/