Another little piece of history.

This is the original Shen Hao 617 camera, made in conjunction with Mr Zhang at Shen over a decade ago.

This came about when I commissioned him to build a 6x17cm field camera around my [existing] DaYi film back.

There was a hole in the market when it came to panoramic cameras - the only movements available were rise/fall (incorrectly referred to as "Shift" by DaYi and Gaoersi), and the V-Pan was both rare and poorly designed for field use.

So, along came the non-folding Shen 617.

This camera was my main panoramic camera until I moved up to a 7x17 inch Banquet camera. Since then, this has sat unused (5+ years).

So, it now needs a new home.

The real beauty of this camera is its movements, allowing control of the planes of focus.

Details can be found here, along with the AUD$4000+ price:

I’ve tried to capture the condition of the camera, which has some lacquer wear. This photographs worse than it is, but so be it. The bellows are fine; however, the front of them is a semi-bellow design to allow ultra-wide angle lens’ movements doesn’t fold well. This has no affect on the camera’s use.

I’ve used lenses from 72mm (widest available with full coverage/movements) up to a 300mm. All mounted on Linhof style boards. 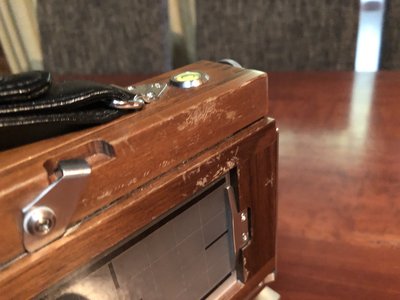 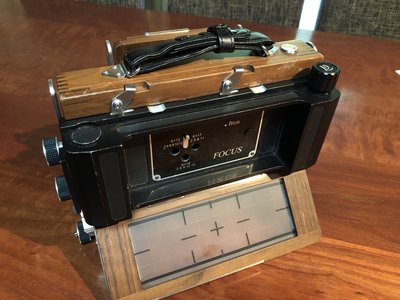 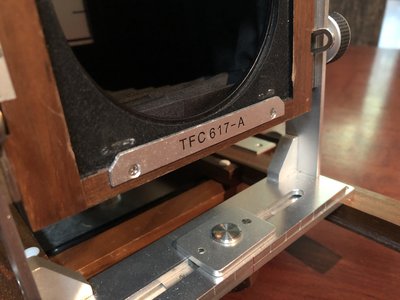 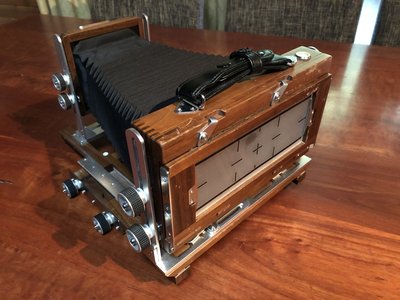 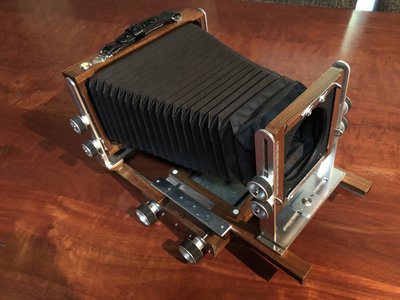 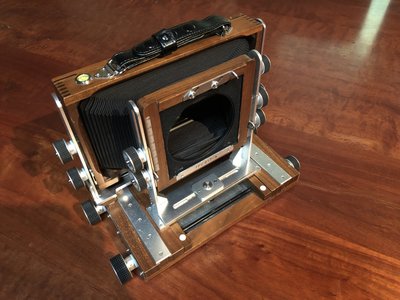 Return to “For Sale/Wanted”