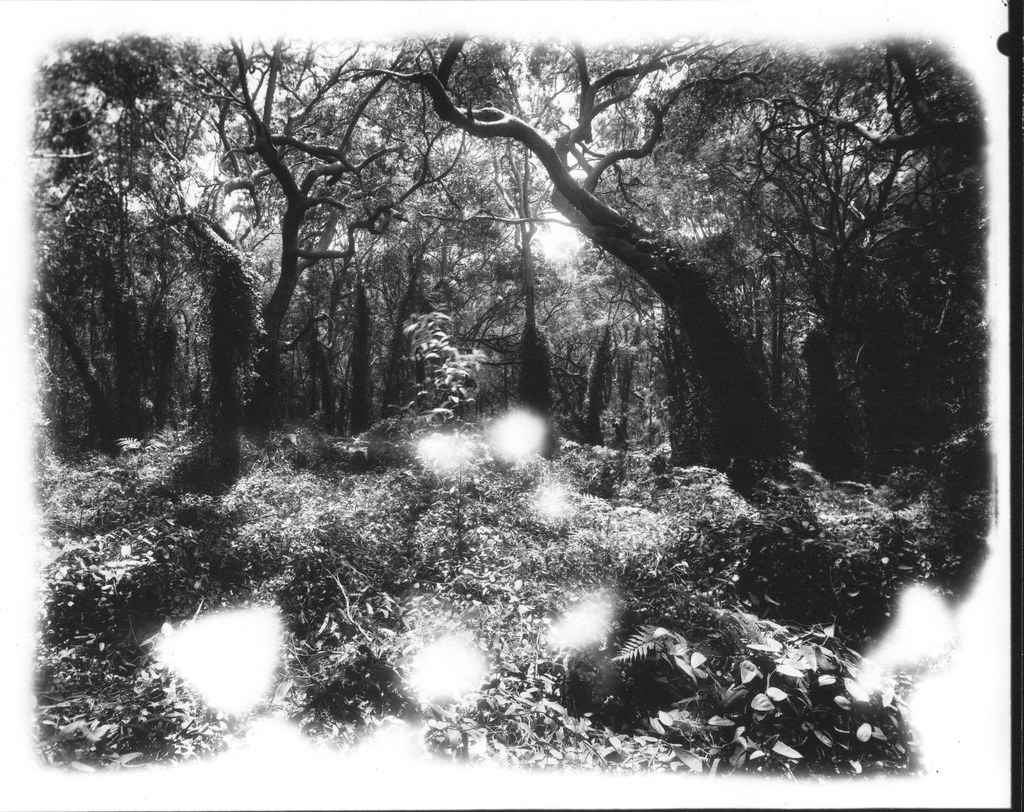 The negative had been forgotten for five years prior to exposure. It had been loaded into a new Lisco film holder and packed away with some stored equipment. Some emanation from the film holder has fogged the edges of the film and some random spots in the picture area. The effect is strange and a little mysterious.

by smbooth
Some people pay for film like that...

by Photomark
Not to sure what went wrong but my guess it was a bad sheet of film. ( it is Fomapan after all )

However I do love the shot and the film defects seem to add a new element to the image and that in its self is amazing for Fomapan film.

by Maris
I'm pretty sure it's not the Fomapan. I've used about a thousand sheets of Fomapan 100, 200, and 400 in the 4x5 and 8x10 formats and so far no defects...fingers crossed. The "Film fogged in holder" picture is more an indictment of slack workshop practice. New 8x10 holders smell a bit and I think they bleed plasticisers and glue solvent. But to load some new holders, put them aside for five years, and not miss them at all is a sharp indication I should do at least an annual stocktake!
All times are UTC+10:00
Page 1 of 1
Powered by phpBB® Forum Software © phpBB Limited
https://www.phpbb.com/