"Build me straight, O worthy Master,
Staunch and strong, a goodly vessel,
That shall laugh at all disaster,
And with wave and whirlwind wrestle!"

Bob Gordon, one of the last boatbuilders of wooden boats left in Sydney, built his last boat at the Neptune site prior to the site’s redevelopment. After the Neptune site was redeveloped in the 1990s Bob was able to lease a workshop beneath the railway viaduct, and with his son Robert continued to build timber boats by hand. Their last boat was launched in late 2005. Sadly Bob passed away in 2006.

Bob explained that the hull being built would have a very long bowsprit jammed hard against the brickwork above the doors to keep it in place. When it came time to launch the excess timber would be sawn off and the boat would make its way down the steep park to the slipway on rollers, aided by gravity. 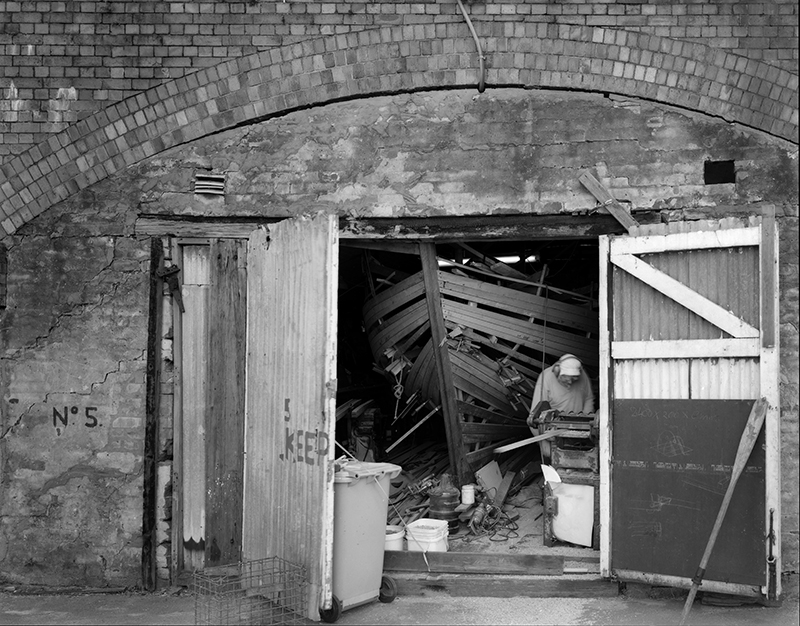 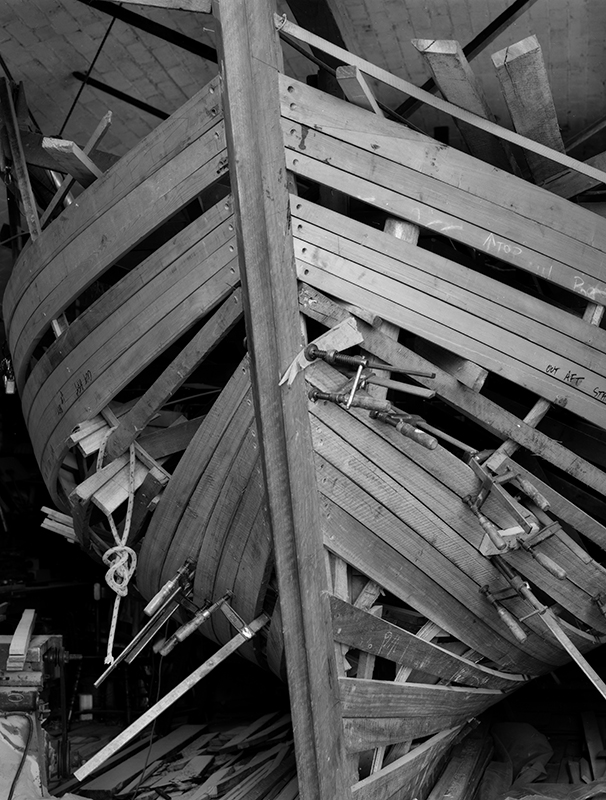 Love the energy and movement in that second photo Walter, looks like it was influenced by cubism.
Top

Thanks Rogan Josh, after a lifetime of acttivity and exposure to visual literacy there too many 'ists' and 'isms' that haven't cosied their way into. my psyche.
Walter Glover

There is a saying in wood work, "you can never have enough clamps".

What about adding "Clampism", to your vocabulary?

Thanks for the gift of "Clampism" Mick,

Useful addition to the lexicon should I ever find the necessity of changing my attitude regarding "—ists" and "—isms".

Itt's nice that you and Rogan prefer tthe second shot; the portrait of the prow. I find that one bordering on anathema. It is reminder of the difficult transition I endured morphing from the the rigours of commercial objectives to recreational freedom.
Walter Glover