I'd been using the Schneider Super Angulon XL 58mm for quite a while, it had quickly become almost my 'normal lens for the stream of habitat I was engaged in. Then first 47mm came available. I drove out to Vaucluse, set up beside the old convent and shot the sunset over over the spectacular body of sheltered water that has always been the Yin to the Yan of the surf at Bondi where I grew up. The width of the angle of view, teamed with the stark contrast of Fuji's Velvia made deep space of the zenith high above. All well and good about handling natural phenomena, but can something so wide be meaningfully sharp. Will my quest for the 'perfect description of the lens' be accomplished? 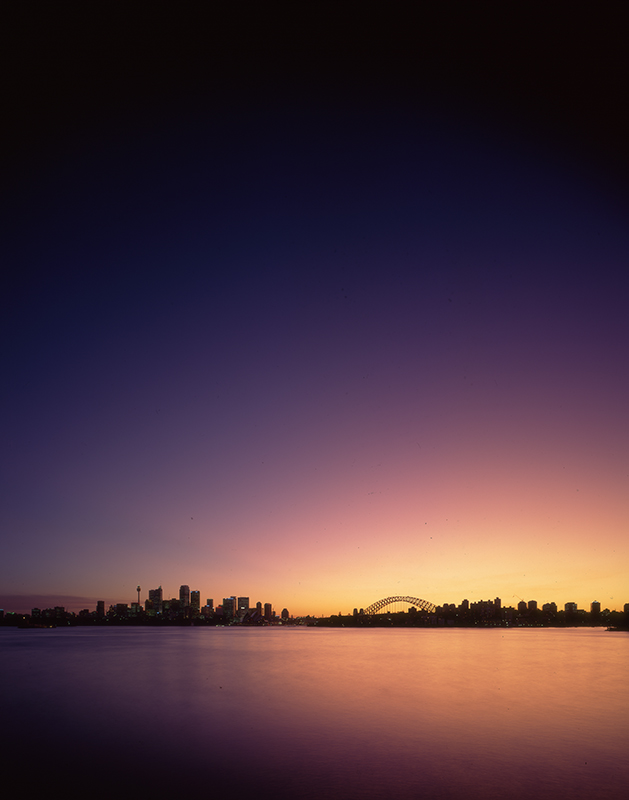 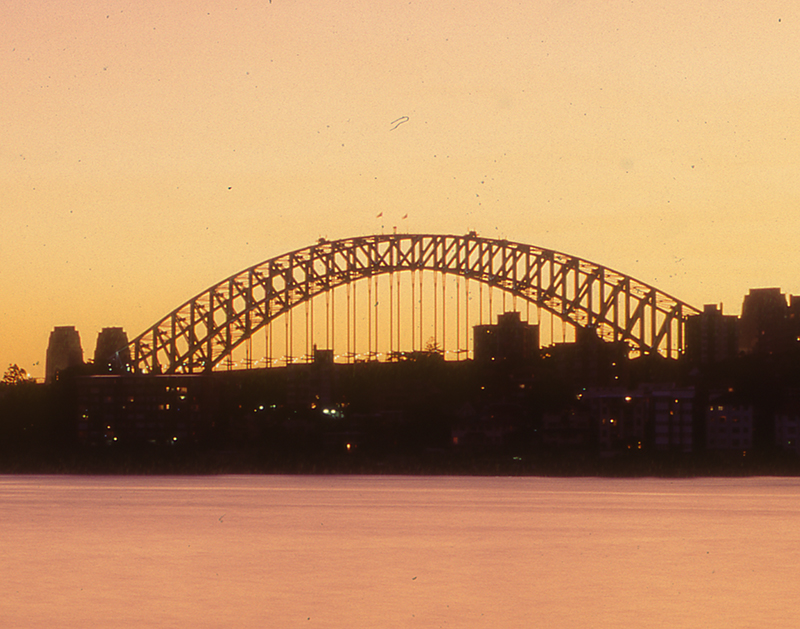 Wow, but Walter you deserve some sympathy about using a SSA 47mm-XL.

The darn thing has a 120 degree image angle which means 90% of the picture area is periphery. At least that happens to me when I try to shoot ultra-wide.
Can't shoot landscape with the sun on your back; photographer's shadow in every frame.
Where's that wild and much needed 2 stop centre filter, 67mm rear 86mm front, going to come from? I think they are not making them anymore.
Recessed lens board is not a joyful experience.
Focussing those dark ground glass corners is a chore but you have to do it because the lens is so wide that significant detail will be hiding there.

Walter, you certainly know how to amaze, and keep on amazing us. Very nice use of a super wide lens, in fact about perfect use. As to the answer to your question, yes, a super wide lens can be meaningfully sharp.

The widest lens I have is my Fujinon SWD 65mm f/5.6, which is definitely very sharp when used well. With an angle of coverage of 105º, and using a graduated centre filter, even the ground glass looks sharp as a tack, edge to edge. However that 47mm lens with 120º angle of coverage is in another world, some serious architectural stuff could be captured with that coverage power. A bale back could be handy to help eliminate ever so slight movements getting the film holder in, even 1mm of movement would show up sometimes I would imagine.

The first time I encountered a 65mm lens on a 4x5" camera I was assisting a photographer doing an interior of a heritage listed house, I was quite amazed at how good things could be. I don't remember what the lens was, but I do know it was 65mm with a centre graduated filter and we had one room where it wasn't wide enough. For insurance we shot two negatives in a panned format, and as usual C41 was used as we couldn't get correct colour due to mixed lighting; colour was corrected on the Chromacon scanners and the two negatives electronically combined in a seamless manner. The first Chromacon machine we bought was approximately $1,000,000 in total cost, German technology at its best.

Then we had an idea and on the afternoon after a quick trip to the Camera Exchange in Melbourne's CBD, we picked up a Nikkor 15mm wide angle and an F3 Nikon body, it had 110º angle of coverage and it just squeezed the room in. We had a weekend hire rate on that lens as it was a Friday, what a fun lens that was. The 135 format lens was not used in the end for whatever reason, but we had a hoot playing around with it.

I can only imagine just how wide that 47mm lens is, definite wow factor when you pop your head under the dark cloth.
Top


Like you I’ve used both the 58 and the 47 SA XLs. Imho definitely both lenses where a centre filter is a must. The centre filters have never been particularly cheap but seem to have really hiked in recent years. The IIIc is the filter designed for the 47XL but you could probably get away with the IIIb which might be easier to find.

I’ve made a few 24x30” exhibition prints from photographs shot with the 47mm XL, no issues with sharpness to my eye.

A couple of comparative shots below. I started with the 80mm but the cloud mirrored the rocks so well I used the 47mm to include more sky. 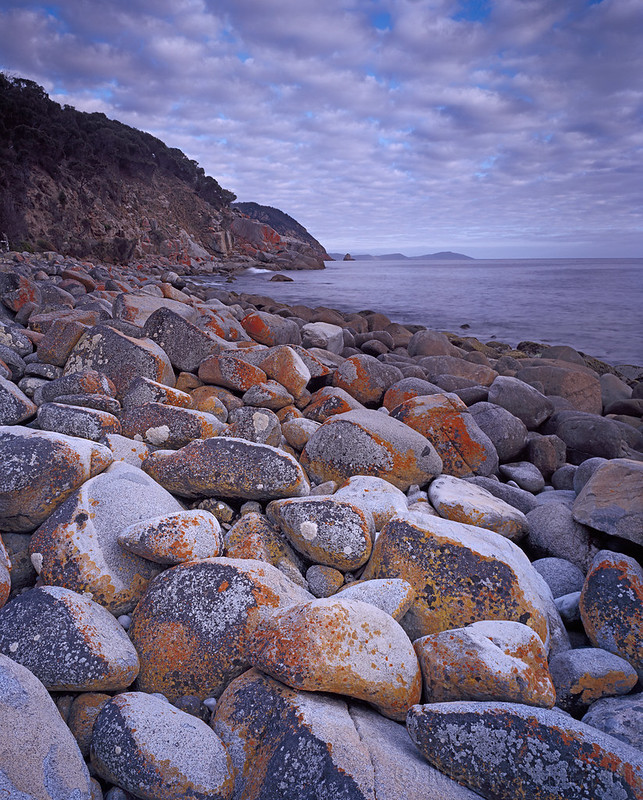 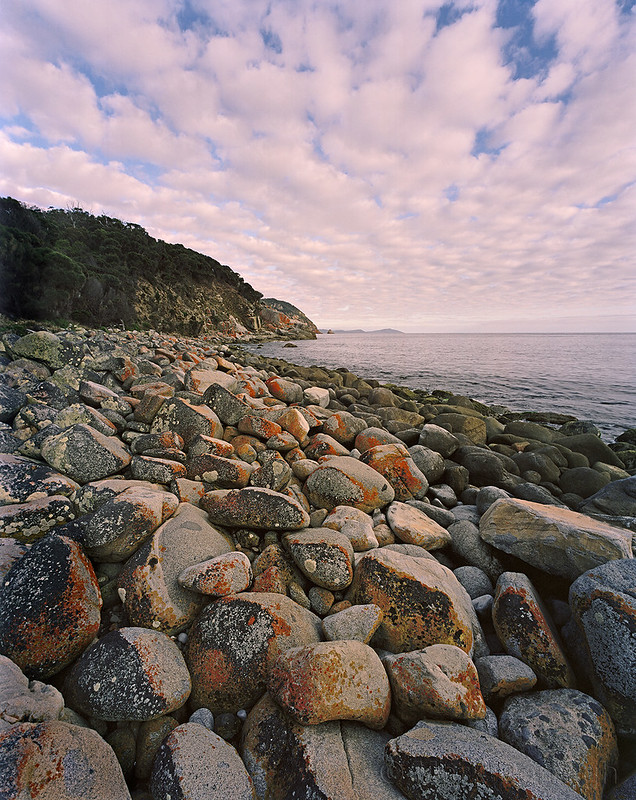 Thanks for the comments gents,
Colour has always a matter of commercial expedience in my world view. In my recreational endeavours I find it a largely unnecessary and unwelcome intrusion. But sometimes it can be the subject aand that's a different matter. Having said that I quite like it as intrinsic to some genres and some artists like Joel Sternfeld, Stephen shore and of course it was absolutele integral to Joel Meyerowitz's "Cape Light".
Many of our tools are quite task specific and the SA XLs were my stock in trade for interior and exterior architecture. To that end I had all the XLs at the time — 47, 58, 72, 90 & 110 — and appropriate Centre Filters. (There may well be some more fruits to come,). But in this shot I didn't want tto use one for two reasons:

1. It was the post sunset glow and the dramatic vault of the encroaching night sky was enhanced by the fall-off,
2. Since the aim was to determine lens resolution I did not want to add 2 more air/glass surfaces that were not part of the optical formula.

I love the mood of both those ahots Mark. I'm still trying to determine if one takes precedence. Each is their own narrative.
Walter Glover